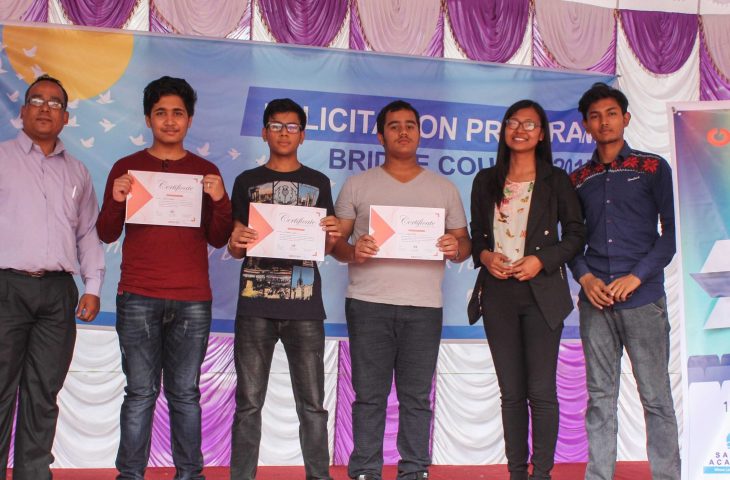 Three winners of Public Speaking Contest were awarded with total of six lakhs of scholarship to study GCE A Level at Orient College of Science and Management. The event was organized by Gas Centre- Alfa Beta.

Glocal After School (GAS) Centre- Alfa Beta gave career workshop to 400 SEE students in two months. For public speaking contest, total of 10 students participated among which 5 of them were in the finals.

Suresh Jung Shah, Principal of Orient College of Science and Management and Alina Prajapati, General Manager of Glocal Pvt.Ltd. were the jury for the public speaking contest. The program was conducted at Alfa Banquet, Baneswor.